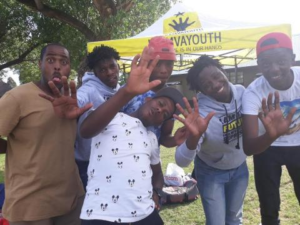 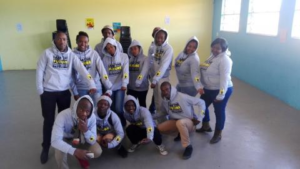 This year, IkamvaYouth Mahikeng once again hosted a Winter School holiday tutoring program for 60 learners and 18 tutors which was all funded by our partner Coca Cola Beverages South Africa and made successful through the vigorous efforts of a highly motivated group of tutors and the IkamvaYouth learners who earnestly wanted to improve their academics and also enthusiastically engage with their fellow Ikamvanites thorough support programs offered.

The successful Winter School program complimented the core IkamvaYouth programmes that run throughout the year by providing a 2-week opportunity of intensive concentration of academic and non-academic interventions from the 3rd of July to the 14th of July. The highlights of this year’s programme included: focused tutoring sessions in all school subjects for a maximum of 44 hours in the 2 weeks; career guidance and mentoring; life-skills workshops, HIV testing (with the consent of the parents); aerobics (facilitated in house) and the Talent Show to end of the holiday program. The learners are looking forward to attending a CCBSA plant tour and Career Day on the 24th of July 2017 (when the schools re-open). Every morning before tutoring sessions began; we held an assembly and conducted various energizers and icebreakers.  The essential component of IkamvaYouth’s Winter School is the academic component. Tutors offered the learners assistance in their school work, past exam papers and homework to enable the learners to focus on areas and subjects they struggle with. Tutoring sessions also help learners improve their confidence in speaking English while improving their grades. Learners also received an hour of one-on-one tutoring sessions.  Each subject had an assigned tutor who was assisting the learners, and the tutor sat with the group for the entire Winter School duration to ensure maximum impact as they get to finish the conversations they started with the same tutor the next day. This does not normally happen at the branch on normal tutoring days, as the learners sit with different tutors on different days for the same subject. The Lifeline facilitators came to the branch to discuss the importance of family and how to respect one another. They emphasized that the one cannot live without a family and that the learners should abstain to avoid unwanted pregnancies. The learners enjoyed the session and related to it by speaking about how they see some of their families living in difficult situations and they do not want to put themselves in such a tight corner.

The organisation came in to the branch to conduct voluntary HIV testing. Before the testing began, learners were taken into the hall for encouragement to participate and pre-counseling. They facilitated a highly interactive and engaging session on managing one’s personal health, particularly with regards to HIV/Aids. About 55 of the learners including tutors took the opportunity for voluntary counseling and testing. This was done so that learners and tutors know their HIV status and encouraged to live healthy lives.

SANTA explained to the learners how HIV and Aids inter-link with each other. They also highlighted that for one person to get TB, it does not mean that you contract it from a person with it, and mentioned that anyone can get TB from anywhere.

FAMSA brought professional social workers to facilitate a session on the issues of peer-pressure. They explained to the learners that anyone, at any age can feel the pressure.

On the 14th of July, the last day of the Winter School programme learners came to showcase their talents. With the theme being “The future is in your hands” the learners entertained their fellow Ikamvanites and parents/guardians with different performances. What a day! This was a fantastic opportunity for the learners to unwind for a day and enjoy some great performances as well as see another side of the tutors and IY staff who were also participating in the talent show. The Mahikeng tutor who  won “best tutor” of the 2017 Winter School with the most learner votes was Thapelo Mulutsi, a 3rd year Wits student studying Electrical Engineering who is originally from Mafikeng. Thapelo was the guest tutor for Winter School period and has assured the branch staff that he will dedicate more of his time at the Gauteng branches as he is residing there now while at tertiary. 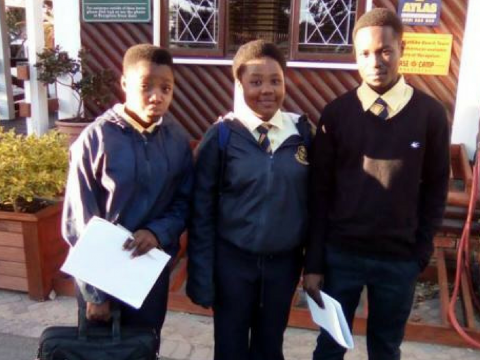