7-9th of May – Kolonnade Mall – Pretoria

For further information, click on the Career Expo link here. 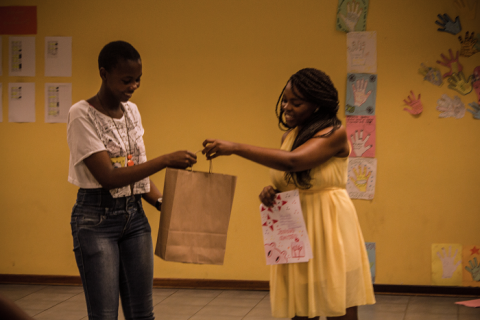 The year 2015 has already started with an exciting new twist as the Ebony Park mentoring programme got a huge boost by partnering with Coaches and Mentors South Africa (COMENSA). This very valuable partnership will help to answer a lot of questions we have had on how a mentoring programme should be structured for it to be a success. COMENSA, a national organisation with which all professional coaches and mentors are supposed to register with, brings with them a wealth of knowledge, experience and hope that mentoring programmes at IkamvaYouth will get more recognition especially if the mentors recruited for this task are certified and accredited to carry out the process with the learners.

On the 28th of February, Ebony Park branch launched its mentoring programme for the year and welcomed mentors from COMENSA together with Andre Retief, a COMENSA facilitator and project coodinator who conducted an orientation workshop to explain the intentions of the programme and the way it was going to run throughout the year. At the end of the workshop learners were paired with their new mentors.

Andre Retief expressed his satisfaction with the proceedings of the day and was excited to be able to assist our eager learners. He expressed that this year would be a pilot and if COMENSA management is happy with the progress they would be more than willing to extend this assistance to the other branches, starting with the Ivory Park branch next year.

This is the first of many exciting things happening at the Ebony Park branch.