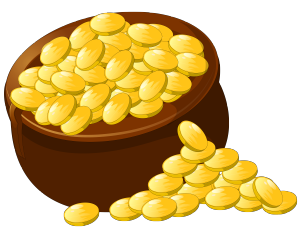 IkamvaYouth has a shot at the Jackpot! IkamvaYouth has been selected to participate in All Star Slot’s #WinTheJackpot Charity Campaign. Our participation could see us winning a share of the $5750 jackpot!

All you have to do is vote for us by visiting https://www.allstarslots.com/competitions/win-the-jackpot and casting your vote between the 8th of February to the 8th of March 2016.

The winners will be announced on the All Star Slot’s website between the 15th and the 19th of March 2016.

All Star Slot’s describe themselves as a “socially conscious company and have a charity fund pool which we build up throughout the year through staff fund raising events as well as from contributions from our generous owner. In 2015 we raised $5,750 for the fund and want to use it to counter the bad reputation which casinos and gambling have by awarding it to a charitable cause.” A Year of Engaging and Giving Back

Martin Luther King Jnr once said “life’s most persistent and urgent question is, what are you doing for others?”. On Saturday the 23rd of January 2016, the IkamvaYouth Ebony Park branch hosted it’s annual open day to kick start 2016,welcome parents, learners, volunteer, sponsor(ABI),mentors and further strengthen our brand presence in the Midrand.

Our MC, Mr Welshman Dube  launched the day with a prayer,followed by an ice breaker to get everyone settled and later  presented the “Funeka’s Story” which outlines  how Ikamvayouth continues to assists high school learners with their academics. Sarika Kisten from ABI explained how proud they are to partner with IkamvaYouth as it  uplifts the youth of South Africa through education.Tzu Chi, gave a well-received testimony on education, community involvement and the activities that the Tzu Chi Foundation are involved in.

Percy Mabizela, one of our tutors, gave a motivational talk that focused on important life lessons the youth need to learn and apply from the beginning of the year. In his words “Self-awareness is about knowing your talent, your dreams, strengths and weaknesses.” He emphasised that once people know what they want to become in life, they must make decisions and choices that will bring about positive results.

In addition,  two of our current Grade  11 Ikamvanites , Meyahabo Rapholo and Njabulo Mutle recited poems that outlined the importance of education and  emphasized  it’s  benefits.

Kefilwe Maake who join IkamvaYouth  in 2014 and  obtained 5 distinctions,explained how Ikamvayouth assisted her to achieve these distinctions. Kefilwe extended her gratitude to ABI for the the financial and non-financial assistance the branch continues receive. IkamvaYouth awarded learners for their commitment and dedication shown towards their studies. Ikamvanites were awarded for achieving 80% and above for attendance and received certificates for participation in Operation Fikelela through Siyakhula Computer School. Awards for the “learner of the Year”, “most improved learner” and certificates of participation were handed to the deserving learners and ABI further praised the learners who obtained distinctions for their respective  subjects.  At the end of the ceremony, all IkamvaYouth learners received gifts from IkamvaYouth and backpacks from ABI, to thank them for being part of this educational movement.

2016 has kicked off  with a BANG and  is set for producing more excellent results.

Ikamva Youth: The future is in our hands. During the third term of 2015, IkamvaYouth carried out a feedback project, aimed at engaging our alumni community, and giving them the opportunity to participate in the development of the alumni programme going forward. The project included running an online survey which was completed by both 2015 matric learners and alumni (a total of 165), as well as two workshops: the first was in Gauteng on the 17th October 2015 (with 19 matric and alumni participants from Ivory Park and Ebony Park branches), and the other in Cape Town on the 27th November 2015 (with 10 matric and alumni participants from Makhaza and Nyanga branches). Here’s a sneak peak at the results: So, our next steps are to:

For a more detailed look at the findings of this project, please click here to access the full report. Thank you so much to all the alumni who participated so enthusiastically in the survey and workhops!